The American punck rock band The Offspring will perform during the second day of Oragne Warsaw Festival 2013.

The Offspring has released 9 albums, from which are known the greatest hits such as, "Come Out and Play", "Self Esteem", "Gotta Get Away", "All I Want", "Gone Away", "Pretty Fly (for a White Guy)", "Why Don't You Get a Job?", "The Kids Aren't Alright", "Original Prankster", "Spare Me the Details" and "Want You Bad". Formed in 1984 band consist of: Bryan Holland (Dexter Holland), Gregory Kriesel, Kevin Wasserman, Pete Parada.

Piotr Metz, the OWF2013 spokesman: If you were born in the 1975 -1985 you will feel like in your best school times. If you have children - you must take them with you, you will have their respect, which you do not remember for a long time. If not the Offspring, punk would have been just a memory of the times when you came into the world. And your kids would not have had Linkin Park and Paramore. No one except them have sold 16 million copies of the album with an independent label. You don’t even suppose how much their songs you can sing. And the rest of them you have heard in the cinema at one of 15 movies. The Offspring still rules. For more than twenty years. 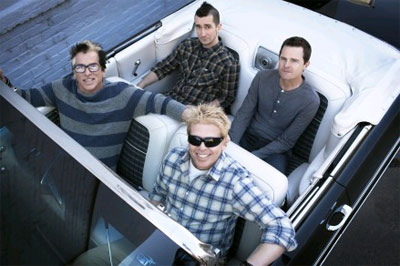 Orange Warsaw Festival 2013 will take place in Warsaw at the National Stadium on 25-26 May. The star of the first day of the festival is, confirmed earlier, Beyonc?. On the second day of the festival will perform, next to THE OFFSPRING, the legendary hip hop group Cypress Hill and Fatboy Slim with his dance show.

The ticket sales go on: orangewarsawfestival.pl