According to the latest news an agreement was reached with The Killers: America's most exciting contemporary rock band will perform the final act at the last day of Sziget Festival. Recently a solid electro-package also arrived at the A38 stage, but the best news is that we need only 100 nights of sleep before the start of the 20th Sziget.

It is not a question anymore, America's most exciting contemporary rock band, The Killers will perform at Sziget, they will be the headliner at the final day of the festival. Without a doubt, theirs is the most significant production of the entertainment industry from the Sin City of Las Vegas. Even US President Barack Obama booked them to perform at the White House. They sold over 15 million copies of their 3 unforgettable albums around the world. Currently, they are working on their fourth album, which will come out in the second half of 2012, and they will probably perform a few of those new songs at the 20th edition of Sziget Festival.

A notable electro-package also turned for the A38 stage of Sziget, which moves to a central place and will become bigger, not to mention a new program feature: 2 world-renown DJs will throw a party there every night. 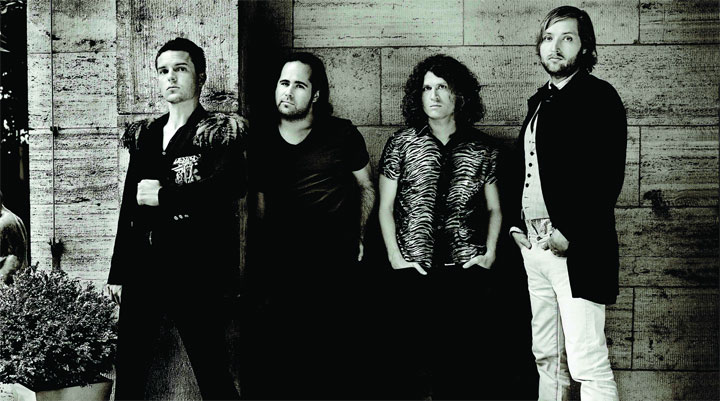 Part of the package is Borgore, the golden boy DJ and producer from Israel who at the age of just twenty-four is already well known in the international network of dubstep. The dynamic Italian grand masters of electro and fidget, the Crookers will be present as well. The Parisian drum’n’bass and electro house squad, Dirtyphonics will be here with their unstoppable, unbelievably energetic live acts. The genius of Dj Fresh stems from his ability to connect with the underground drum and bass fans and come out with a radio friendly pop hit in the same time – we can also see it at Sziget. Dope D.O.D is a hip-hop formation organized in Groningen by three MC’s in 2006, Dopey Rotten, Skits Vicious and Jay Reaper, all of them with African and British origins. They play massive, crazy hardcore hip-hop music, but their sound of wicked groove and bizarre tone finds its own way in the horrorcore subuniverse. Lincoln Barrett is a progressive drum’n’bass artist, DJ and producer, known only by the name of High Contrast in the scene. MC Dynamite is one of the most popular MCs of this genre. Their joint Sziget party is something no one should miss. The Canadian Juno award winner DJ and producer is one of the most renowned electronic musician of his country who reformed the North-American club culture in the 90’s. Half of Tiga’s family is Hungarian, so he knows exactly that we are always ready for a good electro party. This messengers of the resurrection of the 80’s disco music and the swift electro, deep and Chicago house: Azari & Ill will also appear on Sziget this year. And we have in this package the legendary German electro duo Modeselektor, right from Berlin, the heart of the European e-music.

The name Kakkmaddafakka is the best choice to represent the swift, cocky and unique music of twelve musicians whose performances are full of energy as they entertain the audience. Andy Barlow, electronic musician, producer and songstress Lou Rhodes forms Lamb, creators of the most ambitious and most attractive downtempo music of the late 90’s and the early years of the millennium. Their numerous fans will be able to see them again after nine years at Sziget. The Black Seeds' light, modern reggae music has the positivity and optimism that helps to get the sweetest vibe at their shows.

The Wild Beasts is also gearing up for the festival with their slightly folk-rock influenced sophisticated, fine and elegant guitar music, best defined as art-rock or even dream-pop - depending on the mood.

Those experts with the Scandinavian metal scene are quite familiar with the crazy, energetic, yet melodic death metal played by Amon Amarth.

We have new names in the Party Arena program as well. Behind Flux Pavilion is a musical titan who made it to the BBC's list of most promising bands and musicians this year. The British group Saint Etienne has been active for over twenty years without showing any signs of growing old, proving year after year that they are full of fresh and convincing ideas. This time they will fill a live slot at the Party Arena's electronic megatent.

And the list of new additions to our lineup of bands and performers continues. Anti-Flag is an ultra-provocative, uncompromising punk band form Pittsburgh, famous for their fast paced songs with unsubtle social criticism, incendiary albums and political activism. They will be pumping up the crowd from the Main stage in the early afternoon. Similarly, the seven women and four men formation of Gocoo, today's strongest taiko-collective, will entertain the crowd with their set of fourty traditional Japanese drums made from zelkova.