Beyonc?, winning 16 Grammy Awards, will perform for the very first time in Poland during Orange Warsaw Festival 2013. This year, one of the biggest music events in our country will be held on May 25 and 26 on the National Stadium.

Beyonc? will perform with her full show within the scope of the world tour show The Mrs. Carter Show World Tour Starring BEYONCE

The OWF Festival is produced and promoted by Rochstar Events Previous Organizator – TVN - remains TV partner of the festival.

Since 2008 Orange Warsaw Festival permanently inscribed in the musical life of the capital. It attracts tens of thousands of music fans who can see world-class stars live. The 6th edition promises to be an extremely attractive event.

For years we have been co-creating and developing the festival just to give our customers the opportunity of listening to music on a global level and thanks to this experience unique emotions. Previous editions of the OWF gathered 50,000 fans. I am sure that this year we will beat the record. Orange brand is almost synonymous with spectacular, important and joyful events, raising great interest within Poles. I am sure that this year's edition will be a big music event. – says Konrad Ciesio?kiewicz, PR and Sponsoring Director of Orange Polska. 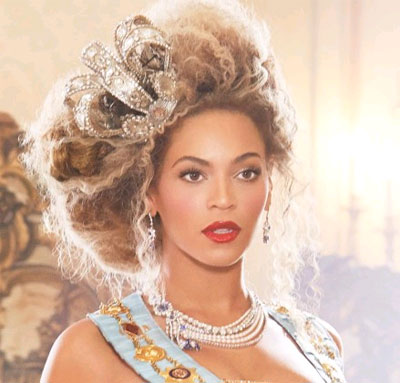 Great star, great line-up and prestigious arena - there is no denying that these are the great strengths of this year's edition of OWF. We are very happy that Rochstar Events brings Orange Warsaw festival to the National Stadium, with the most expected world-class artist, the superstar level. I am confident that, as in previous years, the OWF will be a succes when it comes to the artistic level and attendance. – say S?awomir Nowaczewski, The Promoter of Orange Warsaw Festival 2013, Managing Partner/CEO of Rochstar-Events.

National stadium is changes and develops. It will be a place where everyone can find something important for him, that will make him curious and willing to come back. We are pleased that our stadium will host OWF. The scale, rank and artisctic level of festival make this one of the year's most important musical events. Our joy is even greater because the OWF is ideally suited to the idea of openness and accessibility of the stadium. – says Miko?aj Piotrowski, Communication Director of PL.2012 company.

Piotr Metz, the OWF 2013 spokesman: Beyonc? is for sure the biggest and the most recognized superstar and the biggest contemporary R&B music star. She tributes to Aretha Franklin’s or Whitney Houston’s music legends. During her performance on the National Stadium in the heart of Warsaw, Beyonc? will present the premiere material from her fifth solo album which will be released in April, and on which she worked with Justin Timberlake, Timbaland and her husband JAY-Z. Beyonce is a great example of popular music of the highest quality, as part of the Orange Warsaw Festival program assumptions in subsequent scenes presenting an ambitious world-class entertainment.

Ticket sales for the Orange Warsaw Festival started on February 4. To 14 February only passes will be available, but it is at very promotional prices More about the tickets for OWF13 you will finde on www.orangewarsawfestival.pl